The Art of Spitting or: Why do Indians spit so much?

By Jeyannathann Karunanithi (jka). On my way home from the bustling shopping district of Chennai, I tried to count how many people spit on roads (Yeah pals, I did that much to my own feel of disgust!). The count was whopping 14 within 15 minutes. It could have even been greater had I been in the maddening rush of "Aadi Sales or Aadi Thallupadi", a Tamil Nadu version of clear out sales as it is elsewhere in the world.


Imagine, the number is 14 within my field of vision. So you can safely extrapolate the number of spits that would have happened on a broad landscape like India, to a number that would rival the value of a top most financial swindle in this country.

It has indeed become an integral part of our day to day life, much like complaining about politicians in Delhi for the ever overflowing trash in the fancy road side bins near our apartments. With we being a peaceful state (an euphemistic expression to a nation of non-starters), we have developed this evolutionary reaction within us, that is spitting to show our discontentment with state of affairs, to ridicule children who had scored less marks than our neighbors and at last a tool to slapstick comedies.

Reminiscing of our past, along with many cultural and ethical symbols of Indianness like religious tolerance, upholding truth over monetary gains, discipline in politics, executing public projects without cutting percentages at all levels of power we have lost the Art of Spitting on face of the wrong doer.

Imagine, if someone demands a bribe one should have spitted on his face just as in old days. But one can't afford to do that when one is not a victim, but a sly accomplice or a partner in crime, when one wants to flout building rules or cuts the queue to get driving license. So just like all the weapons of God, this weapon also demands a spotless public/private life and a noble soul. Even a tinge of negative aims and shoddy claims would render the weapon in effective or even may even weaponize the begetter to trash us on streets or make our lives intolerable.

With me exalting the art of spitting as one among the godly weapons like Vajrayuda of Lord Indra, Thunder Bolt of Zeus or at least a hammer of Thor, I see conspiracy theorists would have a field day in floating their own theories of how Indians were made to forget this heavenly art. They could even claim India missed becoming a superpower because of us forgetting the art of spitting.

People who are highly patriotic in their own terms and xenophobic fanatics (or "Swadesi" as the self-anointed sophisticated Indian Upper Middle class perceive) to the eyes of the world would claim the whole idea of spitting on streets was inculcated in us by evil designs of foreigners who want to control a diseased state or deceased state which would have become sick by its own spitting ways.

I do understand that am overplaying the role of a harmless spit in world affairs, the legendary history of Bharath and of course anti-corruption (had to add this for it's the fad of the times), so on and so forth.

The interesting fact that's forgotten is, a spit filled with enzymes and microbes can actually cause a change in thinking of the person who got spitted upon. We should have actually leveraged it for nation building purposes and it would have caused a great deal of change in our lives.

Given the near irreversible change of our collective psyche let's keep aside nation building and remind ourselves that it is important for us not to waste this precious resource on streets. Instead why not we use it to digest nutritious foods and stay healthy, so that we don't remain the world capital for Lifestyle diseases like Diabetes, Obesity, Heart attacks for the coming decades too.

After all, we being Indians who extract the last drop of anything that we use, why waste the spit on streets and walls of historical monuments that are already crumbling down due to our legendary maintenance practices.

May be one day, the nation will wake up to the words of one prophet (that is me) and the vibrant shining India campaign would have the caption, "Shining India: Powered by Billion Spits". 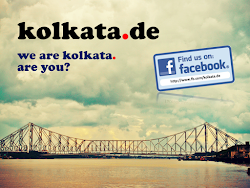